Our building is an urban fan that unfolds before the rectitude of the fabric of the city and reveals itself against the inert straight line. It is a kind movement, which closes and opens at the same time; closes the interior space of the block but opens to the sun and the wind. It is a gentle curve that goes to the sea, looking at the chimneys of the power station of the Besòs that are outlined on its intense blue.

“It’s not the right angle that attracts me,
nor the straight line,
hard, inflexible created by man.
What attracts me is the free and sensual curve;
the curve that I find in the mountains of my country,
in the sinuous course of its rivers,
in the waves of the sea,
in the body of the preferred woman.
The whole universe is made of curves,
the curved universe of Einstein.”

The group of houses is grouped forming a curved linear block facing south with access by corridor on the north side. The block grows wide and transparent at its base and narrows as it reaches its peak.

In horizontal, the building opens like a fan to the south and the structure of laminated steel frames reproduces its linkage. And on each portico, a flat concrete slab acts as a country, the fabric that joins the skeleton of the fan.

Back to passive architectures is our obligation. When the space looks at the morning sun and opens to the fresh wind of Gregal, or when the space is built in darkness and protected from the west wind, then the space is dignified and honest. This is our building, a fan against air conditioning.

We tend toward the energy autonomy of our buildings with renewable sources, although we still depend on traditional energy networks. For the time being, we propose aerothermy as a source of air conditioning and photovoltaic solar energy that will cover 25% of self-consumption.

There are three spaces, two served and one server. TWO FLEXIBLE and one fixed. Two spaces that can be two, three or four. A space that is always the same, with dining room, kitchen and toilets. The three spaces are always interns.

The three spaces pass through to a large terrace. It is a generous outdoor space, fresh and in shade, essential in the Mediterranean climate. 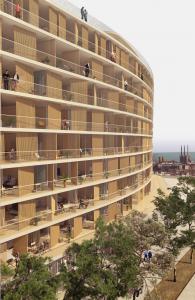 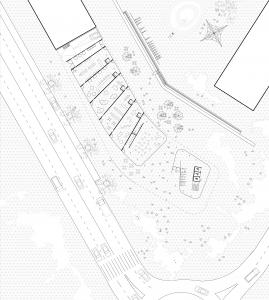 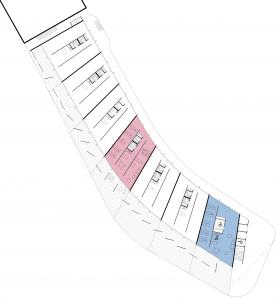 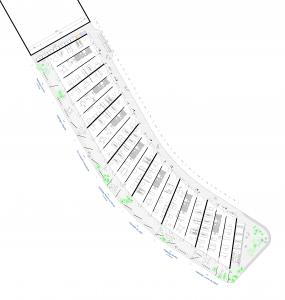 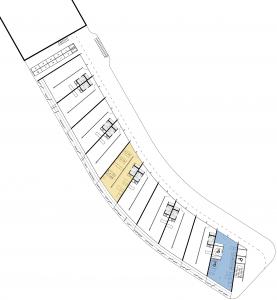 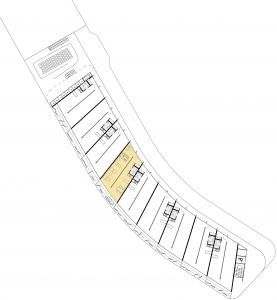 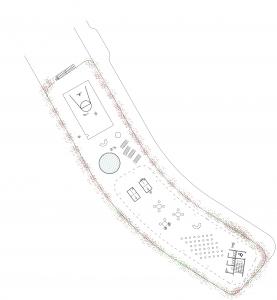 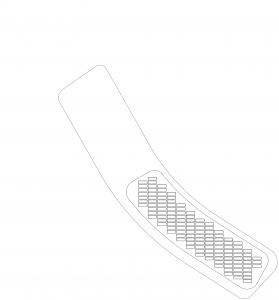 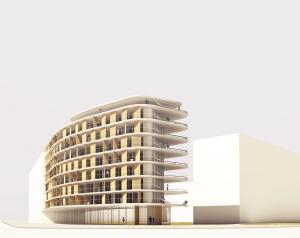