Isometric view of the set

The penitentiary centers are the spaces created by man to isolate other men. That is the fundamental reason for its existence. And so, the architecture of walls is the instrument that makes this isolation of some men with others effective. The wall is, in this project that occupies us, symbol and reality of the isolation of man by his actions or ideas. The wall is the impermeable physical barrier that builds freedom on one side and captivity on the other.

How then can we reverse this effect? Mies Van der Rohe was the architect who broke the character of enclosure and used the wall to “articulate the organism of the house”. In its brick house of 1924, the wall ceased to be a limit and was transformed into space leaks; the wall space extended beyond itself and thus created a new space with a structural model as old as the first urban settlements several thousand years ago. From Mies, we understood that the space can be still fluid building with walls.

And so we have projected.

Image of the west facade

The limit that oppresses the space disappears, the project leaks vertically into the sky and fugues horizontally when it opens onto the city.

The space leaks vertically and opens to the infinite sky, day and night. The inhabitant of this place will no longer be watched, but will become an observer of the slow future of the day. Light and air will pass through each of the new spaces created and this new inhabitant will breathe the warm taste of freedom.

And the space escapes in horizontal flowing from inside to outside and from outside to inside like the rocking of the waves rocking on the sand. The horizontal plane extends until connecting beyond the limit of the wall, beyond the scope of the view, to the cathedral.

Light will bounce off the old walls of an imaginary prison sketched by Piranesi, as the wall with its thickness and texture will persist as in the ruinous drawings of the Italian architect and engraver. Ruin is the trail left by memory. Therefore, the ruin must remain as a witness of the past and as a participant in the future building.

But we must heal the wounds of the past, and we must seal them with gold like the Kintsugi, the marvelous technique of Japanese origin that repairs the fractures of the pottery with gold, silver or platinum dust. A restorative philosophy that states that breaks and repairs are part of the history of an object and should be shown instead of hiding, incorporated and also beautify the object, writing its transformation and history.

With this technique we restore the building. Ceramic is a wall, gold is the new and light architecture. We repair the memory and its fractures filling the holes of the building with gold and life. A new life for the building and its inhabitants. A building will never be so alive having been so dead. A new mestizo and insomniac equipment that groups different functions and that never sleeps …

And we created a garden, where there were cells, open to the sky and the sun. Where once there was a panoptic structure, a symbol of the oppressor’s oppression and vigilance, there is now a space for freedom. Now, the dark and decrepit heart of the prison has been transformed into a bright and living place.

The Wall and the Sky 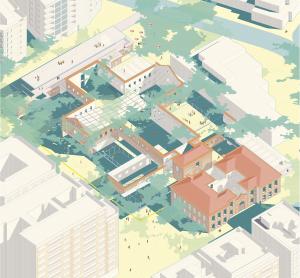 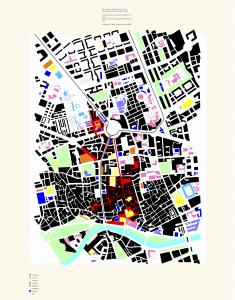 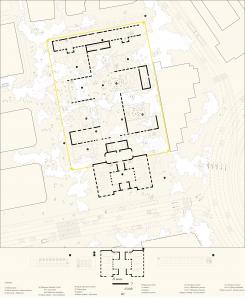 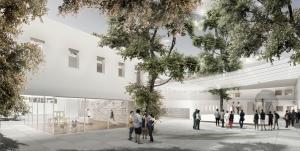 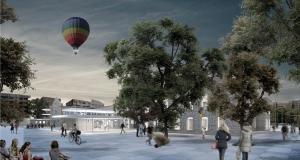 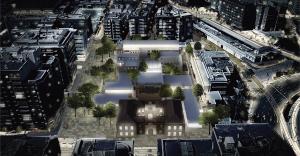