The final form of our proposal for Daegu Gosan Public Library belongs to the objective of generating open public space right in the given site. The surface of the linear park on the north-west spreads over the building, being possible to stay, play, lay, read, dance… over our building itself. With our intervention, there is no limit between the city and the plot; the site is an extension of that one, permitting any pedestrian to use it the same way he is already using the linear park.

Inside the building, we’re aiming to create one free space, with no more divisions that those defined by the furniture; therefore, the space is seen and felt as a continuous one. In addition, this can be very useful in case of use variations in the future, making the layout easily changeable and highly flexible.

The main floor is placed two meters below the street level, and the ceiling one meter above, occupying practically the whole surface of the site. Easily understood when looking at sections, the fact of taking the main interior space below the street brings the feeling of being in a protected space when the users get into the building, although the contact with the exterior is never lost. There’s always a relationship with the park and the city, but in an indirect way that makes better to carry out the different activities occurring at the library. We think that is necessary to feel quiet and isolated from the busy city when studying, working, receiving seminars… or just when reading a book, but isn’t good to feel as if we were in a bunker; then we believe we obtain that “sinking” the building into the plot.

On this “sunk” level are found the main activities such as hall and library information point, offices and meeting room, seminar rooms and study, internet connection and children spaces. The nodes where collective activities happen are placed in separated places around the plan, letting the space around to be used and arranged for individual activities and so creating a non-hierarchical layout promoting relationships between different uses.

In an underground level that occupies a partial extension of the site there are the spaces that doesn’t need a special contact with the exterior and light, as well as toilets, preservation/storage room, machine/electric rooms and a multipurpose room for one hundred people that can be used independently from the main level for conferences, seminars or exhibitions thanks to its respective access from the street.

Taking the uses of building slightly below the street level and using its cover, also slenderly rising up, as a extension of the existing public space is our trick: our building occupies almost 100% of the land, but giving the city and its inhabitants also 100% for public use. The flow between the street/park level and this public space on the roof is natural, being a fact that they can easily reach this part in a continuous walk. As a result, there’s no space division, there’s no impact in the area placing a proper architectural object. Moreover, the linear park spreads into our site, giving a bigger lung to make Daegu breath.

The linear park landscape is modified, creating a path that drives to the roof. Once up there, this path ends in an space prepared to be used for outdoor activities supported by the library. Secondary paths drive to playgrounds for children or benches to lay in. The vegetation used rises between 1 and 2 meters, shaping this area as the continuation of the adjacent green space.

It’s obvious that the character of the library main space is defined by its relation with the park and the city. It’s surrounded by perimetral green crack (extension of the park), that in addition to the raising roof above the street makes light come in an indirect way, far enough to develop the planned activities. At some point, a skylight opens to the interior space to bring more light to the points far from the perimeter. Up in the roof public space, the relationship between the skylight and the landscaping plays with the creation of several playgrounds for children and relaxing areas.

The appearance of the pillar in a rational unit helps the project to order spaces far from only transmit the loads to the ground. The 20 cm diameter columns stuck into reinforced concrete slabs for the ceiling and floor are arranged in a comfortable unit (over 5 meters, a regular one easily found in economic and common constructions) that permits the creation of different spaces putting furniture here and there. Actually, the furniture has been thoroughly designed for this project, creating only one unit of wooden table and bookcase that divide the space without loosing the feeling of being in a continuous space, with no walls. Adding several units of this furniture is possible to create individual or collective workspaces, as well as bigger or smaller rooms with only one design.

Relationship with the environment

The interior space lays between the roof (covered by a layer of vegetation) and the floor slab (containing the wiring system and any kind of technical equipment) and “sunk” some meters below the ground. That means that the temperature variations will be gradual and the cooling/heating consumption will decrease compared to the same building working above ground level. Plus, the perimetral glass layer which encloses the main space can be opened at different sides, producing natural ventilation.

Why we think this project is good for Daegu

The creation of a big area for public space as an extension of the existing park, giving at the same time the possibility to have a flexible interior area where different spaces can interact and evolve easily in the future are our best response for the neighborhood and so on for the city.

Now, some pics of the model process: 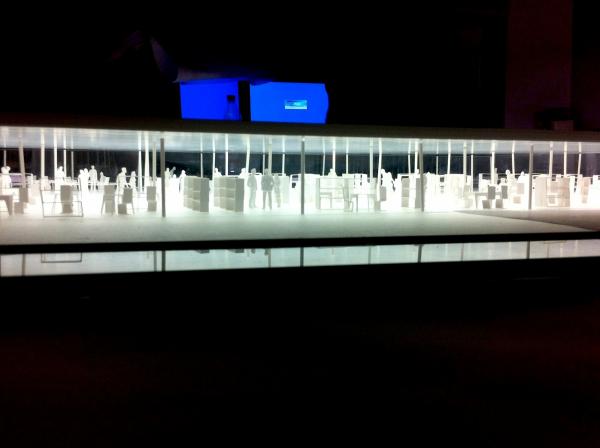 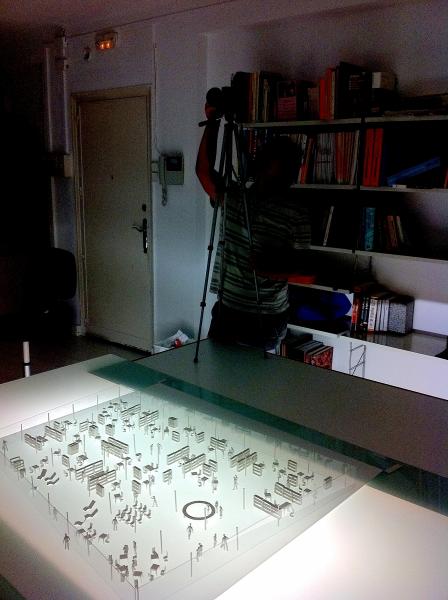 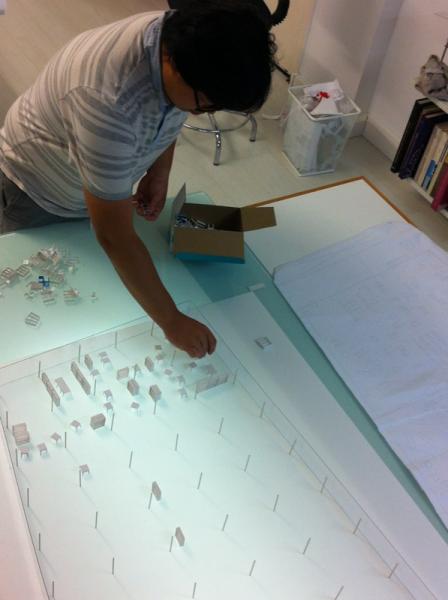 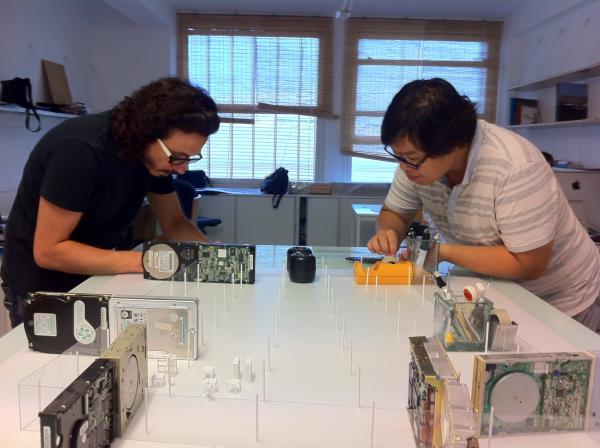 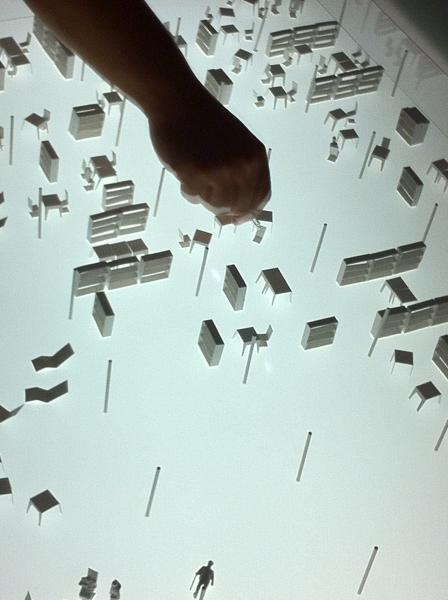 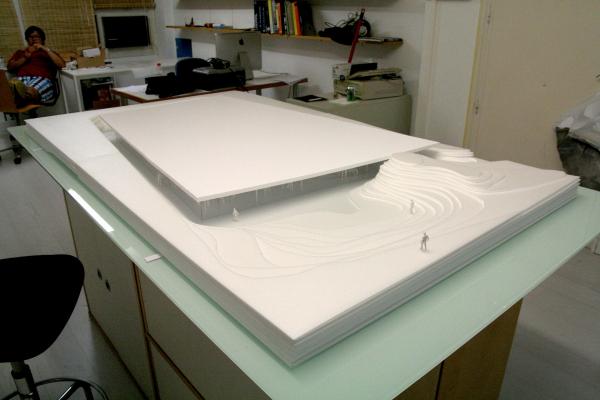 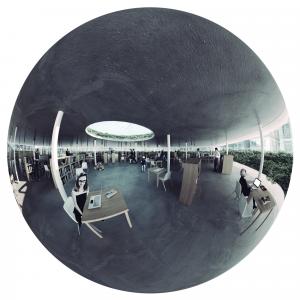 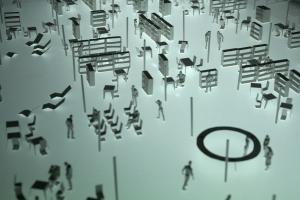