The multimodal urban corridor of Avenida Pérez Galdós and Giorgeta establishes a fundamental LINK between three citizen infrastructures of the City of Valencia, two large green lungs (Parque del Río Turia and Parque Central) and the Joaquín Sorolla long-distance station. The corridor is a structural axis of the city and a longitudinal urban space in which thousands of inhabitants live. Today it is a degraded space and oriented to the mobility of the motor vehicle. Our project will build a humanized, naturalized, healthy and safe space. Today the pedestrian's own space does not reach 20% of the surface; the Nexo project allocates 40% to pedestrian space, new squares and recreation and activity areas, dozens of new botanical species, pollination gardens, interactive spaces, intelligent, draining and photocatalytic floors, which will improve water management and reduce pollution , and build a global accessible environment.

The NEXO project feeds on successful experiences built on the basis of the “Shared Space” urban strategy, promoted by the European Union, which develops concepts such as the single platform, shared space, pedestrian priority and calming systems. It is the urbanization of coexistence between the various modes of transport and the pedestrian. Antecedents such as the Buchanan Report in the sixties revealed a future where the automobile would become the protagonist of the world urban scene and that the problem of our society was to decide “how far it is willing to go with the motor vehicle”. Since then, the Woonerf (streets to live in) have been implemented in the Netherlands, the Entrée de ville projects in France, the Complete Streets in the United States and Canada or the European Shared Space project launched in 2004 in the Netherlands, Germany, Denmark, Belgium and the United Kingdom. All of them have in common the principles of shared space and a single platform, as well as the NEXO Project.

Crossroads become squares. The 11 nodes that connect the urban corridor to the city are transformed into spaces suitable for pedestrians to meet. Four of them make up authentic squares of desire lines in the manner of the Picadlly knot in London, or the Shibuya knot in Tokyo. In the rest, chamfers and sidewalks are considerably widened, containing generous activity areas and lush vegetation. The crossroads are the link with the nearby city and the origin of the possible connection with the surrounding citizen facilities. The urban corridor of Pérez Galdós and Giorgeta is the beginning of a larger urban project, the PMSU of Valencia, such as the superblocks of the second widening ring, the city's network of pedestrian itineraries or other urban hubs such as the cultural corridor of Guillem de Castro. 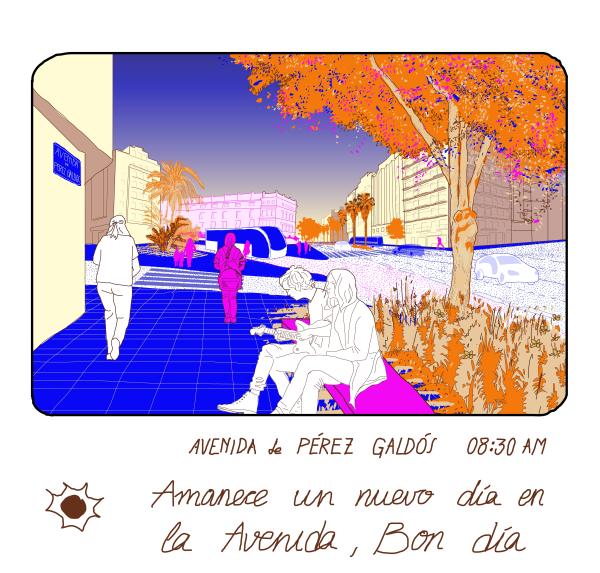 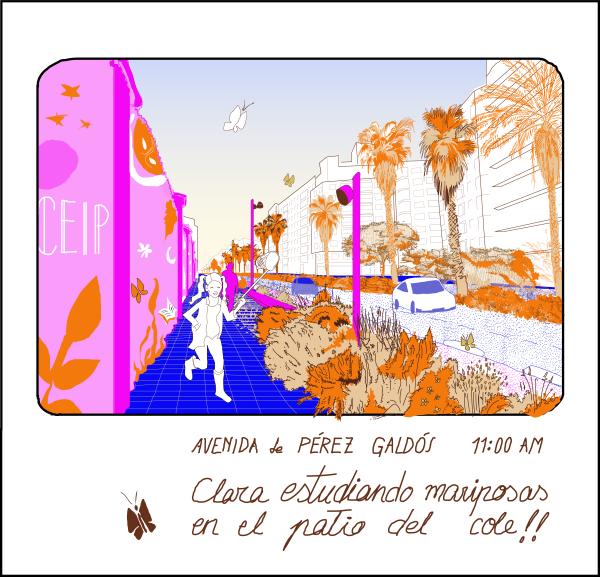 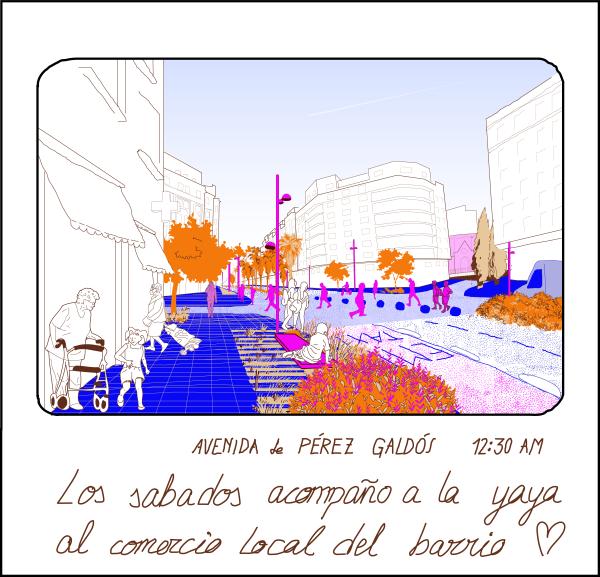 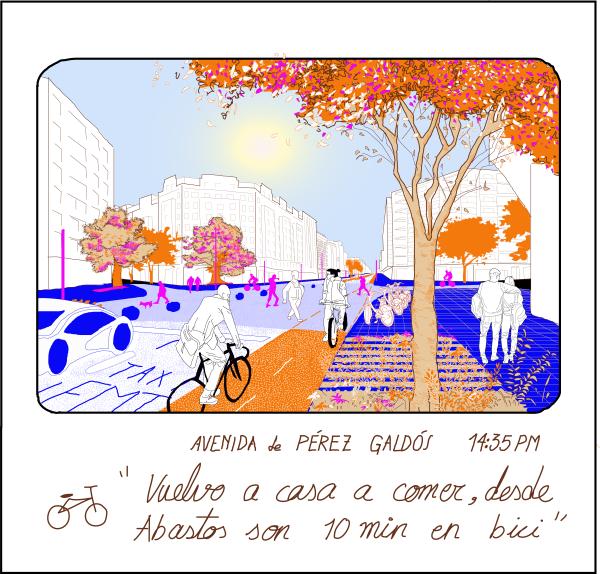 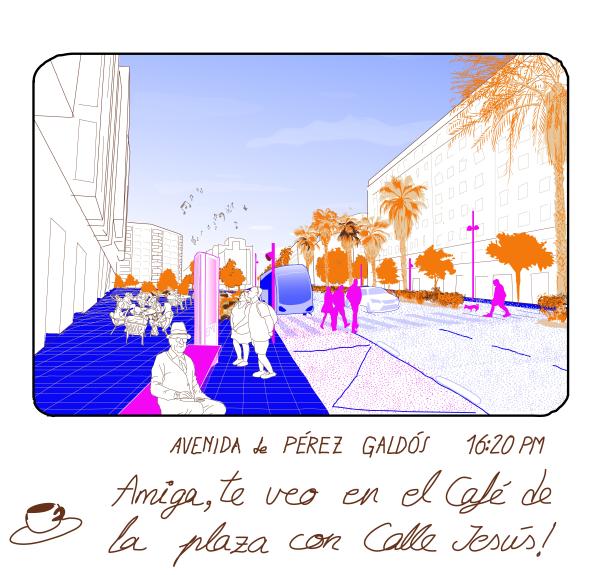 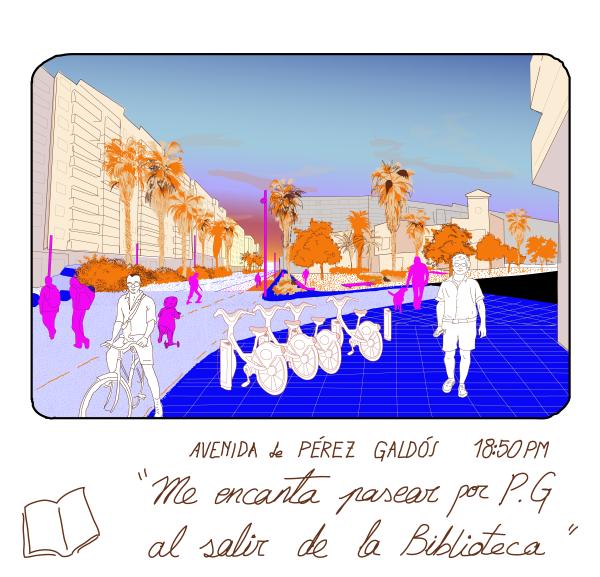 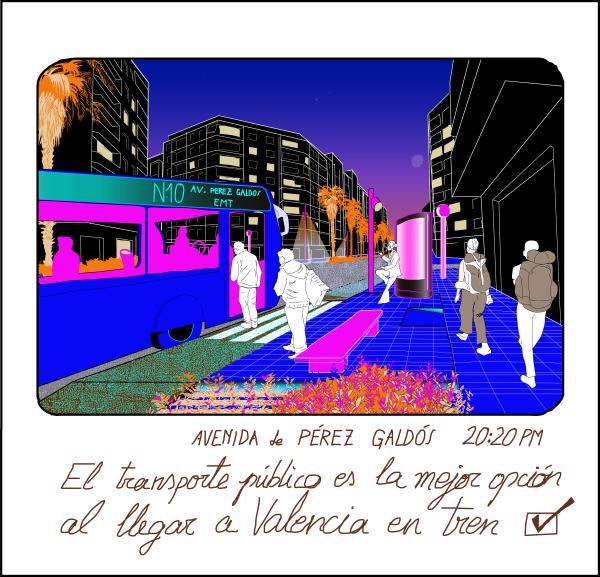 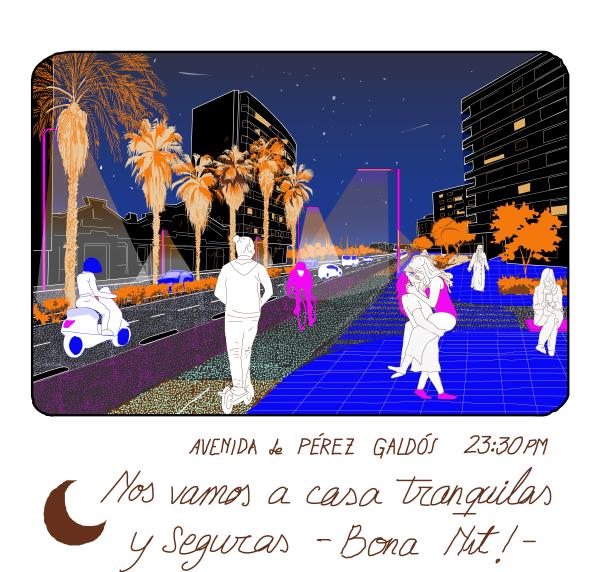 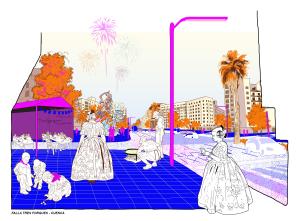