The landscape where we will build the school is a horizontal landscape of the savannah. There are no tall treetops or large geographic features. The territory is horizontal. And the architecture of the new school also it is. They are buildings glued to the ground, which extend horizontally, hidden in the low savannah thicket. Thus, the new construction  and the landscape will melt into one. Mimesis with the environment is one of the important skills when you come to a place. Our school will be a group of buildings that will touch the ground, of low height, and will extend by the savannah camouflaged with its ocher color.

Photograph on the site plot

The plot and the Savanna landscape

Itaga mission is 12 kilometres north of Tabora town, in Tanzania. The mission serves 32 villages. The population of the area is 20,000. The main economic activity of the people in this area is small scale farming and animal keeping. In every village we serve there is at least a primary school. Most of the inhabitants of this area engage in small scale farming. The area also has Public Secondary Schools. Most of them are day based schools; that is students stay at their homes and go to school at daily routine. This makes them have poor performance in academics. Due to this and other reasons stated in number three, the Archdiocese of Tabora came up with an idea of founding a boarding school.The school will be located in Makenenya estate in Itaga village.

If the buildings flow towards the landscape in all directions towards the west, in the opposite direction they are directed toward a single point to the east. The Agora. The agora will be the heart of the school, center of culture and social life, for everything flows into the agora as a river directs its course towards the ocean.

The buildings are a large shade that will protect from the strong radiation of the savannah. A horizontal and wide shadow, like African acacias. In this shadow lie the rooms, the classrooms, the dining room, the offices and the auditorium. 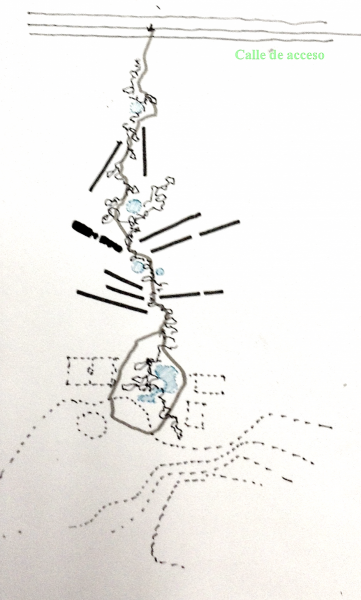 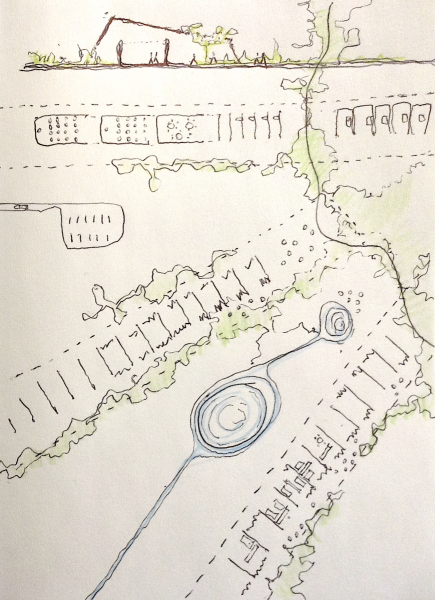 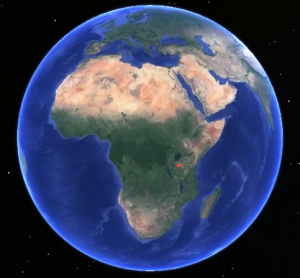 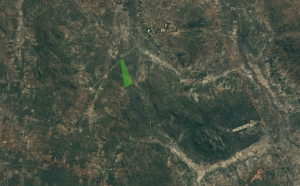 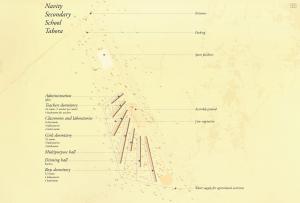 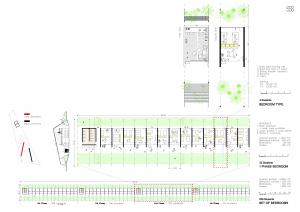 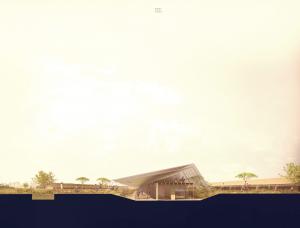